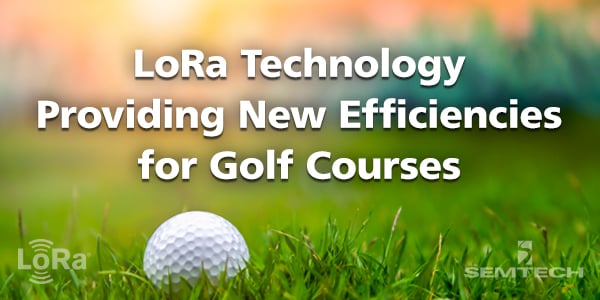 Calgary Recreation is working with Information Technology (IT) at The City of Calgary to test the Internet of Things (IoT) sensors and custom software on its network based on the LoRaWAN ® protocol to determine if an in-house, low-cost solutions exists to effectively track pace of play at the Shaganappi Point Golf Course with Semtech’s LoRa® devices and wireless radio frequency technology (LoRa Technology). Understanding the pace of play on a golf course will help staff to tackle pace of play issues in order to elevate customer experience.
END_OF_DOCUMENT_TOKEN_TO_BE_REPLACED 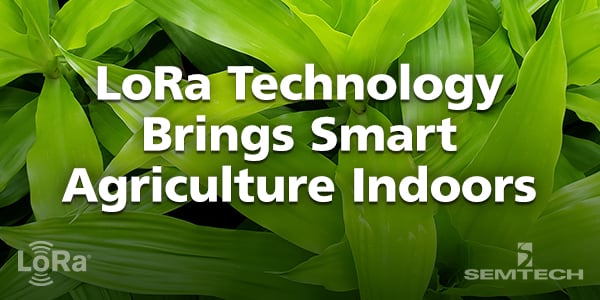 The Devonian Gardens is a three-acre horticultural refuge on the top floor of The CORE Shopping Centre in Calgary, Alberta, Canada. One of the largest indoor gardens of its kind, it boasts more than 10,000 ground cover plants, 250 trees, a 900-square-foot living wall, koi ponds, and a children’s play area. This impressive botanical oasis, perched above 116 retail stores, is maintained by The City of Calgary Parks. Since 1977, Devonian Gardens, with its imported exotic plants and tropical trees, has served as an alluring retreat for Calgarians and tourists – especially during the long winter season.
END_OF_DOCUMENT_TOKEN_TO_BE_REPLACED 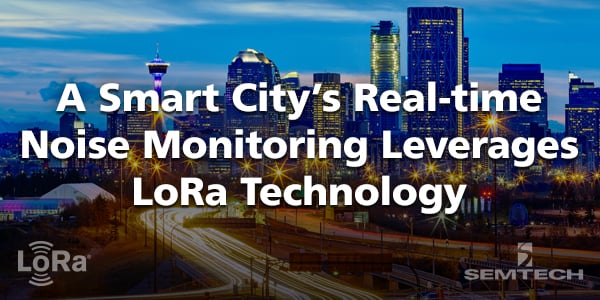 Noise pollution is a persistent problem for residents in an urban environment. Recent studies have estimated that nine in ten people in major cities are exposed daily to noise levels exceeding international guidelines. The negative health effects of excess noise include disturbed sleep, hearing loss, cognitive disorders, and high blood pressure. Municipal noise ordinances aim to reduce noise pollution, but assessments of noise and monitoring are performed infrequently and are primarily complaint-driven. The City of Calgary set out to build a network of low-cost acoustic sensors to enable continuous monitoring of noise in its urban environment. The Internet of Things (IoT) platform identified for the project: Semtech’s LoRa® devices and wireless radio frequency technology (LoRa Technology).

END_OF_DOCUMENT_TOKEN_TO_BE_REPLACED

Discovering LoRa Through Academics: Q&A With University of Calgary 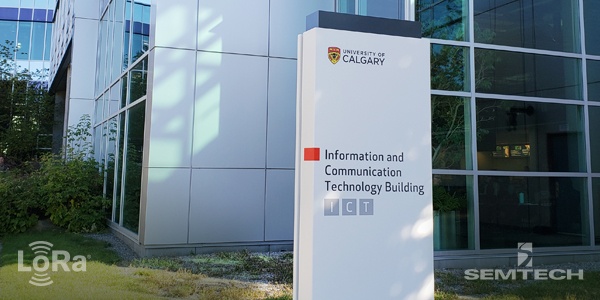 The City of Calgary is leading the smart city revolution as one of the first cities in North America to build a municipality-owned, carrier-grade network based on the LoRaWAN ® protocol. This innovation is possible through the collaboration of business and community partners, such as the University of Calgary (U of C). Facilitated by the Urban Alliance, a research partnership between the City of Calgary and University of Calgary, the Computer Science Department at U of C played a key role in driving smart city innovation with Semtech’s LoRa® devices and wireless radio frequency technology (LoRa Technology). Learn more about this valuable community partnership in the Q&A below with U of C Professor Majid Ghaderi, PhD, and graduate students Edward Rochester and Asid Muhammad Yousuf.
END_OF_DOCUMENT_TOKEN_TO_BE_REPLACED 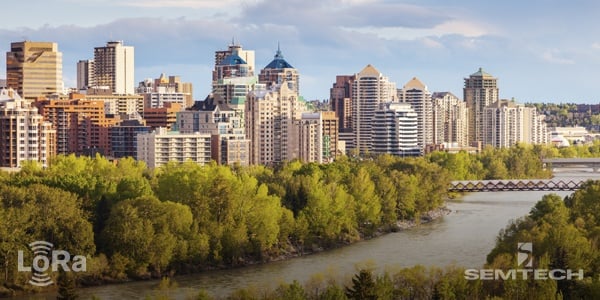 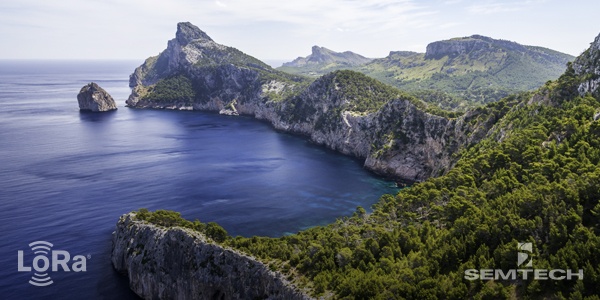 Mallorca, the largest of Spain’s five Balearic Islands, is known for its white sand and crystal-clear turquoise waters. It’s no surprise the island’s popularity as a tourist destination has steadily grown to more than 10 million visitors in 2017, up from six million in 2010, and just three million in the 1970s. The residential population of this Mediterranean island has doubled from 460,030 in 1970 to 895,000 in 2017. A study by the University of the Balearic Islands anticipates an additional 32.7% population growth by 2030. The report equates this to 25 people for every meter of beach in Mallorca. With increasing environmental limitations, Mallorca’s citizens are developing smart solutions to conserve natural resources by saving water, recycling waste and reducing consumption.
END_OF_DOCUMENT_TOKEN_TO_BE_REPLACED 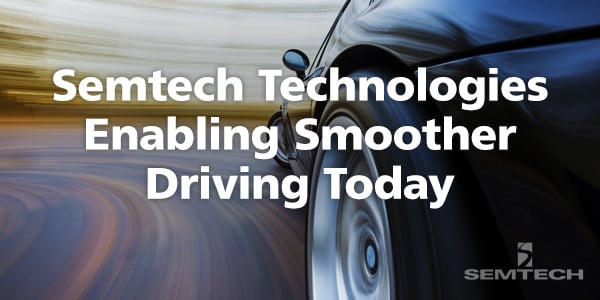 In 1885, Karl Benz, a German engineer, invented the first functional automobile. Over the past 130 years, automobiles have evolved considerably. Semtech is proud to be a part of the automotive technology journey and is aiding this evolution by offering key technologies that contribute to the advancement of safety, reliability and performance of automobiles. In commemoration of the inventor’s birthday, November 25, we take a look at some key automotive applications for integrated circuits (IC), and highlight Semtech’s contribution (or participation) to their implementation.

END_OF_DOCUMENT_TOKEN_TO_BE_REPLACED 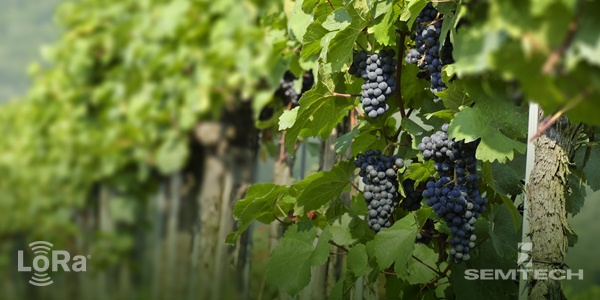 With temperatures around the globe forecasted to rise, unpredictable and dynamic weather patterns like droughts and heat waves present new challenges for winemakers. As a result, growers work harder for less product and wine prices increase for consumers. Using sensors for irrigation management is still not common practice in many vineyards. Often growers rely on field observations for their irrigation decisions. As a result, damage is often detected too late for farmers to prevent significant yield loss.

END_OF_DOCUMENT_TOKEN_TO_BE_REPLACED 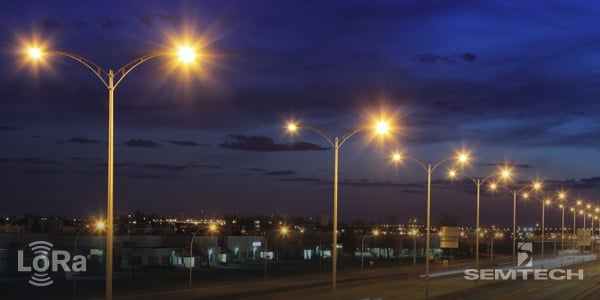 Streetlights use a tremendous amount of a city’s energy; the operation of these lamps can sometimes represent up to 60% of a city’s entire energy bill. Furthermore, current streetlight models are not optimized to be as energy efficient as possible. For example, most streetlights operate only on binary “on, off” settings, on a fixed schedule. There is now way to dim the lights during twilight hours to conserve energy.

END_OF_DOCUMENT_TOKEN_TO_BE_REPLACED 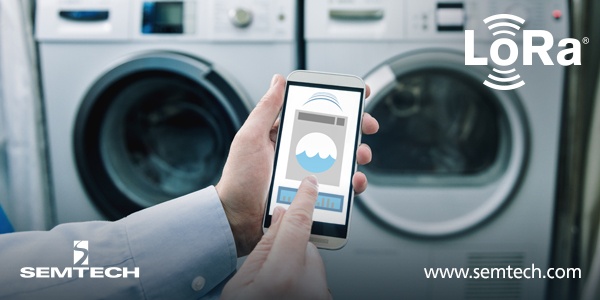 Water is one of the more expensive items on the utility bill – costing Americans on average  $15-$77 per month. From the dishwasher and washing machine, to toilets and the shower, water use is unavoidable. At the same time, consumers all around the globe are aware of the need to conserve water in order to minimize environmental impact, prevent drought and create a more sustainable planet.  A recent report from ABI Research indicates IoT smart city technologies could drive more than $20 trillion in economic benefits by 2026.
END_OF_DOCUMENT_TOKEN_TO_BE_REPLACED